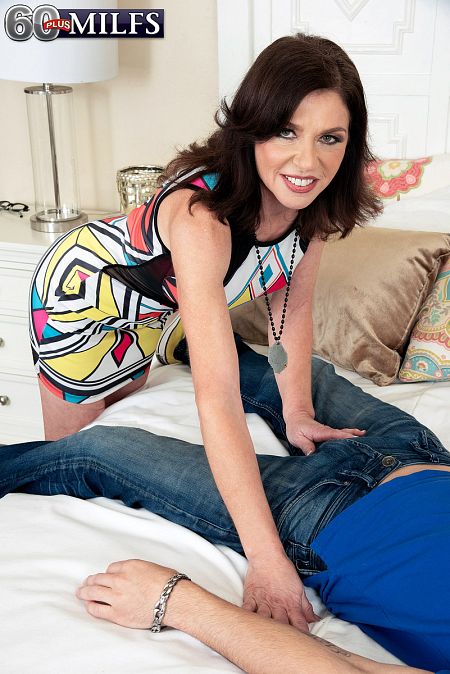 "I was married for 23 years," 60-year-old divorcee Cashmere said. "It lasted, we had kids, then it was time to move on. The first time another man kissed me, I was shocked because he brought out this passion in me that I didn't know was there anymore, and when you're older, you have a little fear. I just felt this passion inside of me and I wanted to take it further, so I started having sex with different people, and I really enjoyed it. I've learned a lot. I've done more things now sexually than I had in the previous 25 years. It's a liberating experience. It's an empowering experience."

What's also very nice is when Logan can't hold back a second more and shoots his load all over Cashmere's just-fucked butthole.

See More of Cashmere at 60PLUSMILFS.COM!

It's a beautiful, sunny day, and Amanda Remington is feeling sexy. She is sexy,...

Here's Barushka, a 56-year-old, hot-bodied mom who had never fucked on-camera until she came...

52-year-old Gia Giancarlo is late on her rent again. When the guy comes by...

A guy is working in a backyard when he walks by an open window...