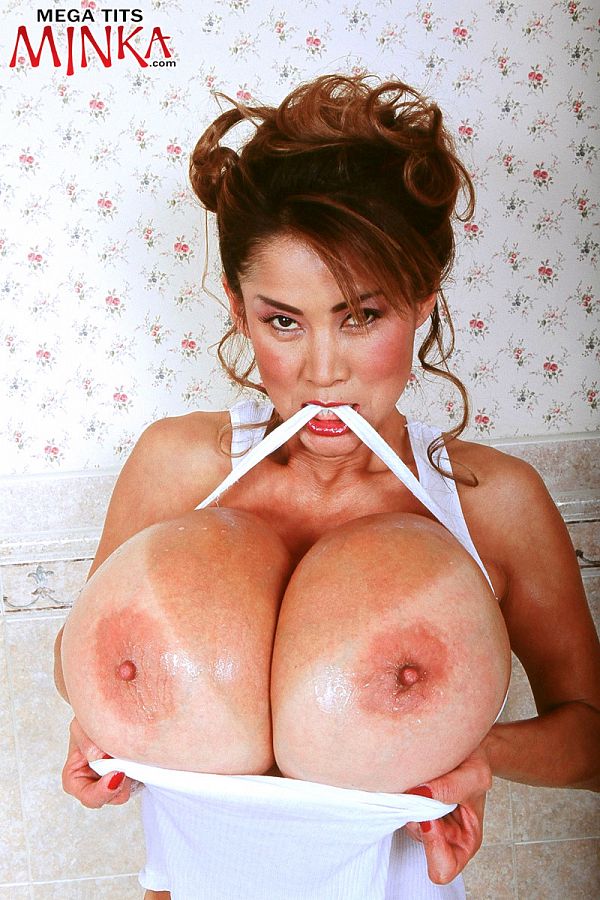 Seeing Minka in the SCORE bathtub reactivates memories of her classic girl-girl with Danni Ashe in a London bathtub pictorial shot in the early 1990s. First, a little wet SCORE tank top action. This pictorial was published in March 2004 SCORE.

Minka had just promoted SCORE Xtra #5 starring Kayla and Minka and Ben Dover Does The Boob Cruise at our booth at the 2004 Adult Entertainment Expo in Las Vegas. She drew a huge crowd and they all wanted photos with Minka.

Danni Ashe saw Minka and came over to the booth to say hi. Danni and Minka hadn't seen each other in a long time and it was great to see them together again. It was almost ten years earlier that they kissed each other's nipples in SCORE's London studio.

See More of Minka at MEGATITSMINKA.COM!

Gianna Chanel, a 47-year-old divorcee and mom, is enjoying a beautiful, sunny day by...