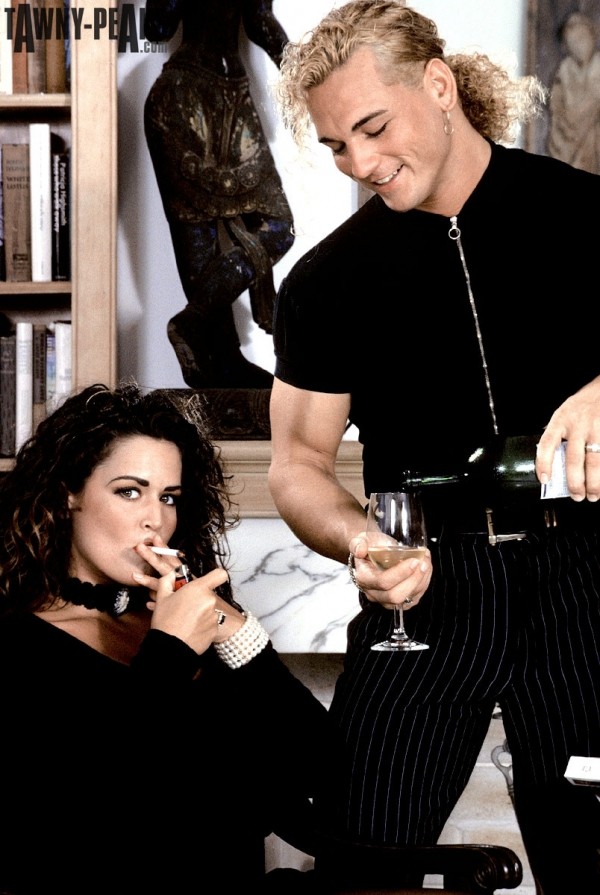 Softcore, of course, because it was produced during the days of magazine mildness. The issue of SCORE magazine in which this pictorial ran announced it on the Tawny cover as "Tawny Peaks Goes All The Way In Her First X-Rated Girl/Guy Pictorial." There's a case for the photo set being called X-Rated instead of R-Rated as it does show an erect pecker, although not inside Tawny. There was no accompanying video. The studio could have made one but it would have looked like one of those breast-kissing hump movies you see on late night cable television.

"My friends are all making fun of me," a guy says to 55-year-old Constance...

Let's welcome back Veronique Goldie, a 53-year-old divorcee, mother and grandmother from the Czech...

"Generally, I am sexually assertive," said Brenda Douglas, a 67-year-old newbie from Oregon. "And...

In this scene, 58-year-old divorcee Katarina Kink wants to play model and have her...

Monica Hart, a 40-year-old divorcee and mom from the Czech Republic, is a short-haired...

A couple of us lucky SOBs at SCORE were having lunch here with Autumn-Jade....

In this blast from the past, remastered and streaming for the first time on...