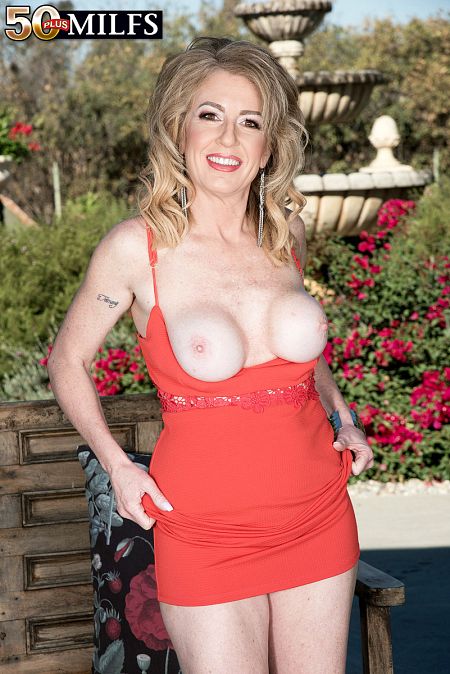 Back in 2011 when Sindi Star debuted at 40SomethingMag.com, we posted a video called "Getting To Know Sindi Star's Snatch." As we said at the time, "For just over 24 minutes, the conversation between editor Dave and Sindi is focused on that beautiful, pink cunt between her legs. She tells us how she likes it to be treated. She tells us all about the time she had it pierced. She tells us where to lick it."

Sindi is divorced. She's a mom. She used to be a swinger but isn't anymore. She told us, "I enjoy being nude around the house and in the sun. When I'm home, I'm usually naked and playing with my pussy."

Sabrina-Jade, a divorcee and mom from Bedfordshire, England, is a 50-year-old hottie with big,...

"I've got myself a nice, hard, young cock that I'm going to suck and...

"We usually wait for reader input about a SCORE amateur model before going all...

Seka Black, the sensational 64-year-old wife, mother of five and grandmother of 11, is...

Sherry Stunns, a 51-year-old divorcee and mom, is doing some gardening. She's wearing a...