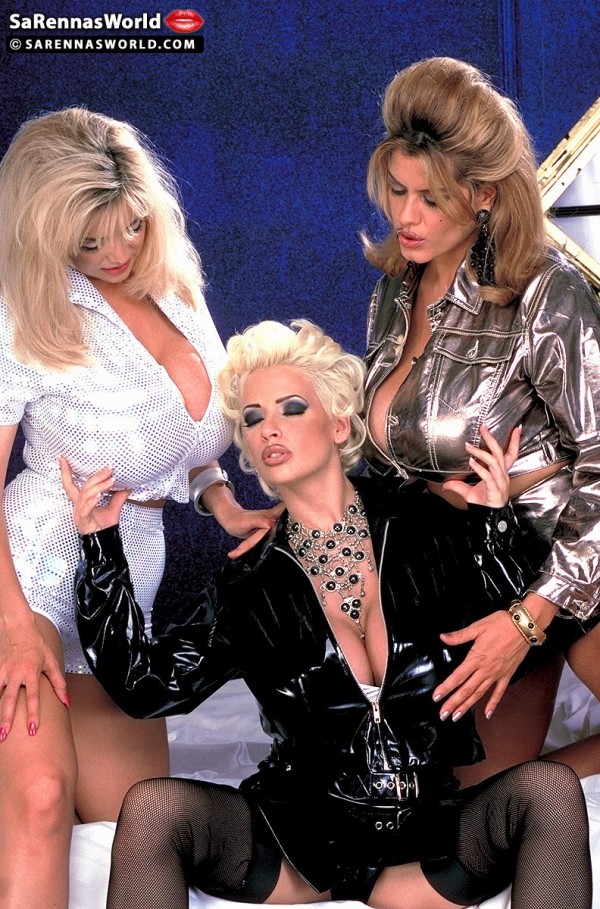 If you have been a SCORE Magazine reader since the beginning, then you know that this pictorial stars three girls that became super-legends of big-tit land.

The place is, of course, the London studio of SCORE Man John Graham.

The time is July, 1995. John is going full blast with his multi-girl shoots in England and the Caribbean.

SaRenna, Traci Topps, and Nikki Knockers were three of the most sought-after big-bust stars on the exotic dancer circuit when this pictorial was produced. Here they are at the peak of their physical perfection.

Autumn Jade's a gardener -- she likes to make things grow. "You dirty minded...

"I'm an exhibitionist," the adorable, doll-like Contessa Rose said. "Anything that involves the outdoors...

Lady S., a 63-year-old divorcee and former school teacher from the U.K., makes her...

Great 70Plus MILFs are hard to find. Let's face it: Most 70somethings don't have...

Christy Marks gets the warm oil treatment from Terry and her Big Boob Paradise...

"I like to have sex as often as possible, and there are so many...