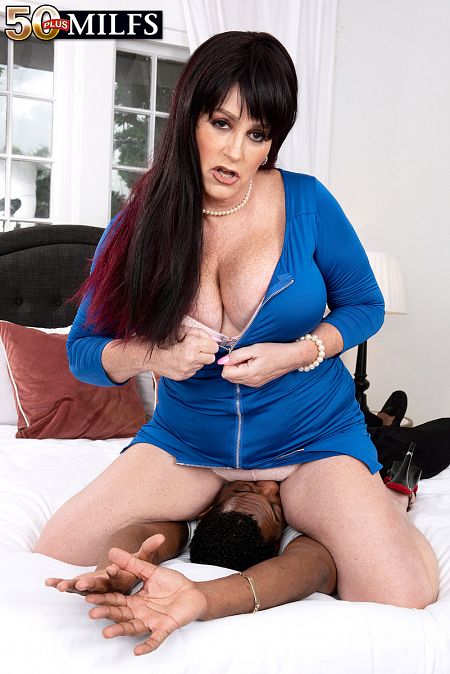 Jonathan likes it rough and gets it rough. His lady of the evening is Sherry Stunns, a 51-year-old divorcee and mom who has a wrestling fetish. Sherry has shown us her moves before, and now she's going to do it again. The woman loves being in control. But she also loves to fuck, so after she's done kicking Jonathan's ass, she pleasures his cock and balls.

Sherry said that when she was a kid, she went to religious school.

"I was locked down all my life," she said. "I wasn't allowed to do anything."

She locks down Jonathan then does whatever she wants to his big cock. He doesn't resist at all. After all, with Sherry, resistance would be futile.

"The men I love have two eyes, a heartbeat and a stiff cock," said...

In her third scene at 40SomethingMag.com, 42-year-old Jazmin Cox gets her lovely legs and...

Proving once again that a woman is never too old to play with toys,...