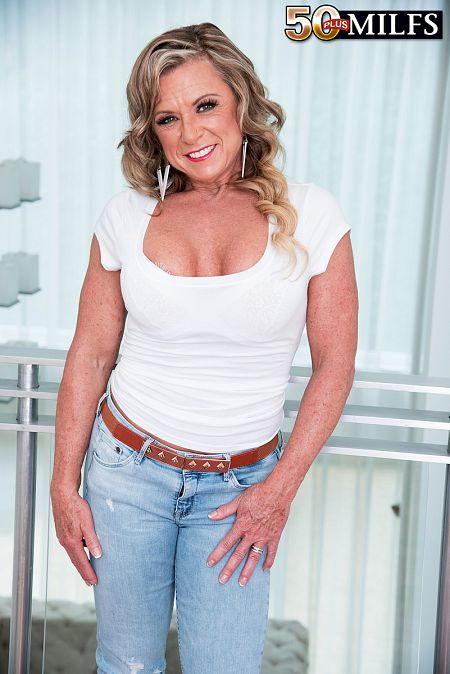 Missy Blewitt fucks her husband's workout buddy in her return to 50PlusMILFs.com. Missy is a 50-year-old wife, mother and grandmother from Detroit, Michigan. Jax Black, the workout buddy, is a 28-year-old stud with a big, black cock.

Missy is a hairstylist back home in Detroit, and if her male clients knew what she was doing here, they'd have bigger boners than they already have when Missy is bending over them, tits in their faces, and cutting their hair.

Let's get hairy! Aria is from eastern Europe, a place where they still...

Today, 52-year-old Beth McKenna is going to get creampied by her step-son. "Isn't that...

When we asked 40-year-old wife Dee Williams what she likes most about sex, she...

It's cork popping time with Minka, still the #1 Asian big-bust star on the...