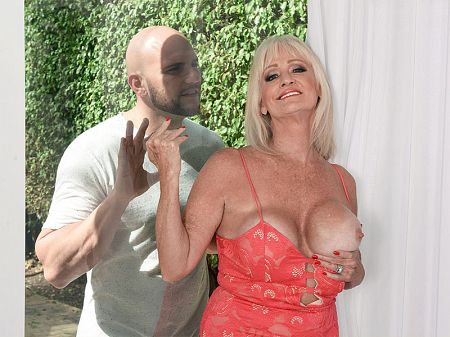 Leah L'Amour is 64 years old. She's a mother and a grandmother. She's also a wife, and she and her lucky husband are swingers. The story of how they became swingers is pretty entertaining.

Here, this beautiful, blond GILF is walking around a beautiful house with her tits popping out of a long, sexy dress. She opens the shades and sees JMac working in the backyard.

"When my husband first suggested that I pose for 40Something, I looked at him...

When this scene was shot, Luna Azul was 57 years old. It was her...

Today, Justine, a 53-year-old mother and grandmother, is going to take off her tight...

She isn't a swinger. She isn't a nudist. She's a 42-year-old cougar from Philadelphia...