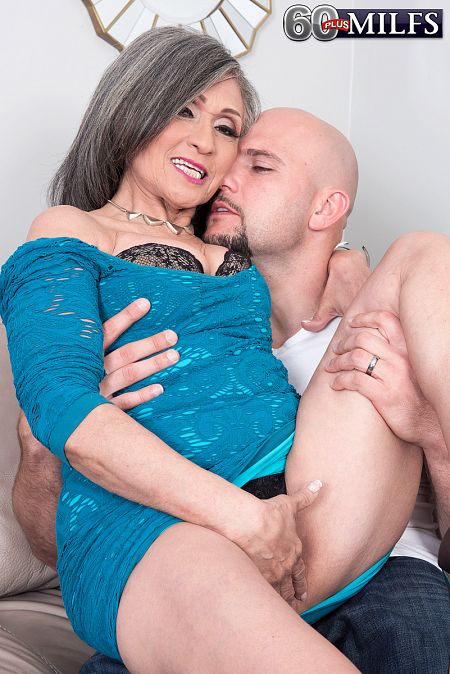 Kokie is a little woman at five-feet-one, but she can take a hammering.

She has salt-and-pepper hair. That's always nice. She describes her style of dress as "conservative but sexy." Here, she's looking very sexy in a little blue dress that's anything but conservative. She also proudly shows off her hairy pussy.

She says the people who know her would be very surprised to see her here.

"But I definitely do not care what people think," she said.

Well, she does care about what you think about her first pictures. And her upcoming video.

When 59-year-old Maya Luna comes home from work, she finds her step-son, Jack, and...

Brianna Shay, a 43-year-old divorcee and mom, thinks the guy who's checking out the...

Guys who know who Jordan Pryce is when they see her know what a...

"I have sex with younger men constantly and it's a major turn-on," said Jamie...