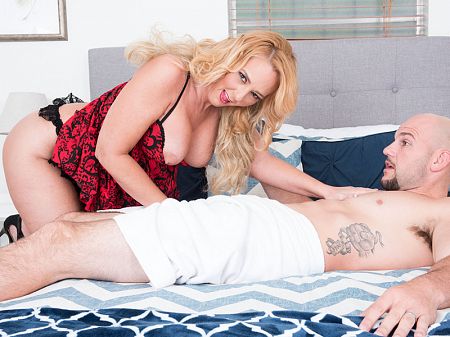 "He told me you were at work," JMac says.

Penelope is a 43-year-old divorcee, mother and grandmother from New Jersey who says, "People know I'm a sexually charged woman."

"I love a commanding man who has an air of confidence who can look at me and, just with his eyes and body language, let me know he's in charge," Penelope said.

She once had sex in a hospital room.

She loves to be watched.

"I'm ready and wanting sex from the time I wake up until the time I go to sleep," she said.

And she gets it plenty of times in-between.

"They say at a certain age, women just stop caring about themselves, about getting...

Sherry is only 20 years old (from Georgia by way of Pennsylvania) and she's...

"I had fantasies in the back of my mind, but I was always a...

"I like having my pussy eaten to the point of orgasm. And now I...

What is it about big-titted nurses? Here at The SCORE Group, we've featured more...

"My family and friends would be shocked to see me here," said Lexi Sapphire,...