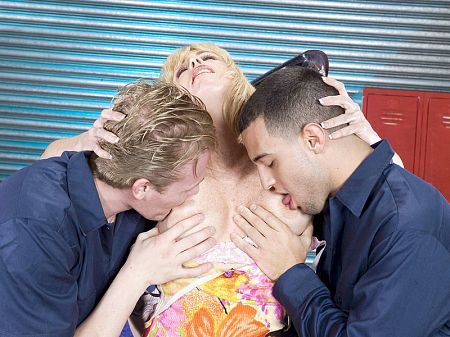 "Isn't getting dirty and fucking a mechanic right there in the garage every woman's secret fantasy?" Houston asked us.

We don't know if it's every woman's fantasy, but if it's Houston's, that's good enough for us.

When the scene opens, Mikey's new boss is laying down the law. Telling him the rules of the shop, like no fucking the customers. Then J.T. shows up and tells Mikey exactly why working there is so great.

"It's not so much the money," J.T. tells him once the boss has left. "It's the fuckin' MILFs. Older women...they come to the shop, they get their cars fixed and they love the ol' fuckin' one-two. They just love young cock."

"What was I thinking about while I was doing this scene?" Houston said. "I was thinking, 'There's a cock in my mouth and a cock in my pussy, and aren't I the dirtiest slut in the world?'"

"And that means there's more cock for me, right?" she said.

Spoken like a woman who knows what she wants. 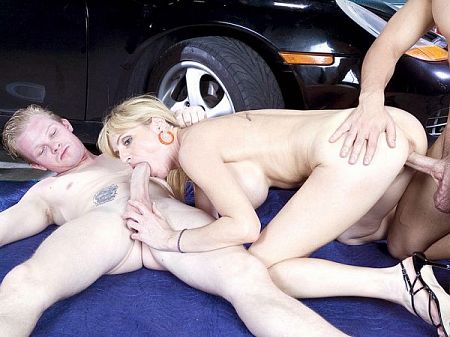 See More of Houston at 40SOMETHINGMAG.COM!

Dani Dare, last seen at 40SomethingMag.com when she was 41 years old, is now...

This is how houses are sold and rented in Miami, Florida: Amanda Remington, a...