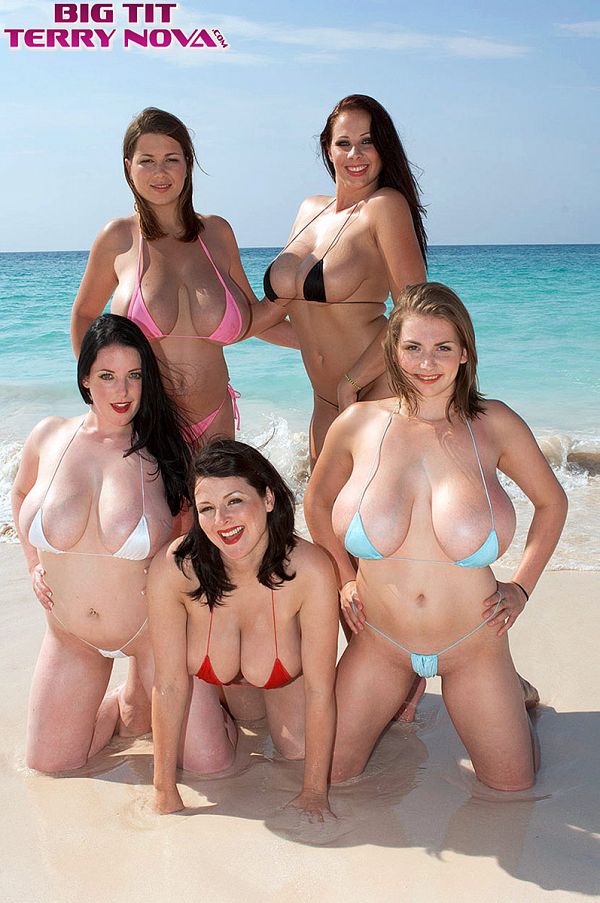 Christy Marks gets the warm oil treatment from Terry and her Big Boob Paradise friends Lorna, Angela, Gianna and Terry...all those soft female hands on Christy's nubile frame and supple naturals. She is going nuts from the pleasure of their company.

Wrote SCORE editor Dave who witnessed this breast-packed event at ringside, "These girls are very comfortable being naked, and in the Bahamas, people don't wear a whole lot of clothing, anyway. The girls were always walking around the house naked, tits flopping all over the place, asses just begging to be slapped. And whenever one of the girls dropped something on the floor...well, you know what I mean."

Tiffany poses on the beaches of Eleuthera Island, Bahamas, in August, 1992. Her bikini...

Kenzi Foxx is a 50-year-old mother of three, and, really, that's mindboggling. Her body...

We knew we wanted to shoot Coralyn Jewel the minute we saw her test...

In a blast from the past, the great Georgette Parks sucks and fucks a...

When Valory enrolled in the Big Boob Finishing School, she was nervous about who...