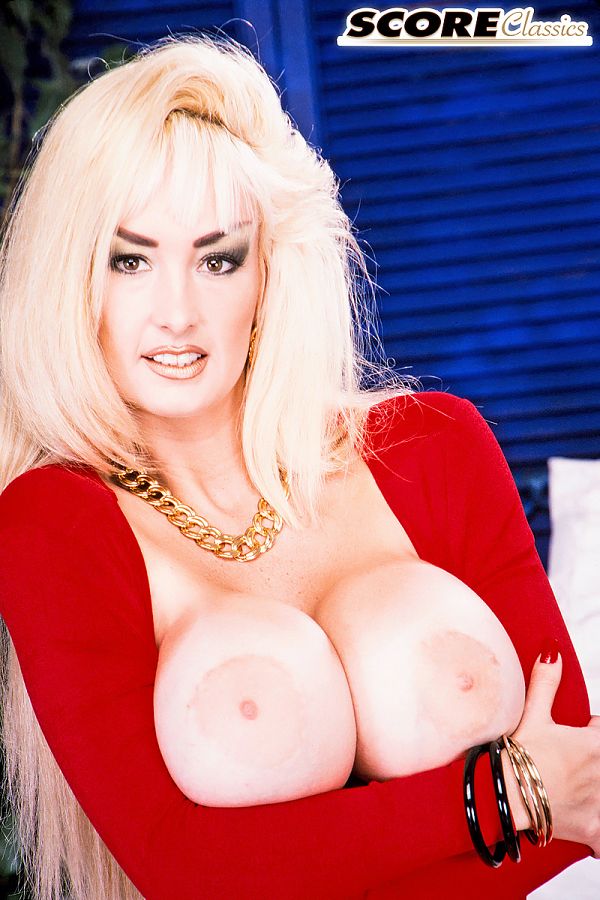 When this sexy blonde with a sleek, big-boobed body and tan-lined tits first began in the adult world, she called herself Busty Brittany. Today, she's known as Brittany O'Neil.

Brittany's start in adult entertainment was different compared to other girls.

"When I was in college, I was working at a Christian radio station, but I needed money for college. There was this local place down the street, so I went down there. I had a business suit on because I was working in an office, and I said, 'Are you hiring? Can I fill out an application?' And they said, 'Yeah, but you don't fill out an application. You audition.' And I was like, 'Oh, okay.' And I was thinking, 'It's like the theater.'

"So I got up there on stage and started dancing, and they said, 'You're a really good dancer,' because I did take dance courses in school, and then they said, 'But you have to take your clothes off.' I mean, there I was, just dancing away but not taking any clothes off. I knew it was adult-oriented, but I thought maybe they just dressed sexy, like in bikinis. There are places like that. And I'd never stripped, ever. I took off every stitch. I was up there totally naked. I was in shock. I was terrified. I guess I didn't like that part of it because I wasn't used to it, but eventually, I got used to it."

"I did think about getting a breast reduction but the scars they leave are...

Bunnie is different. She is the face of the modern-day teen. Bunnie's tastes...