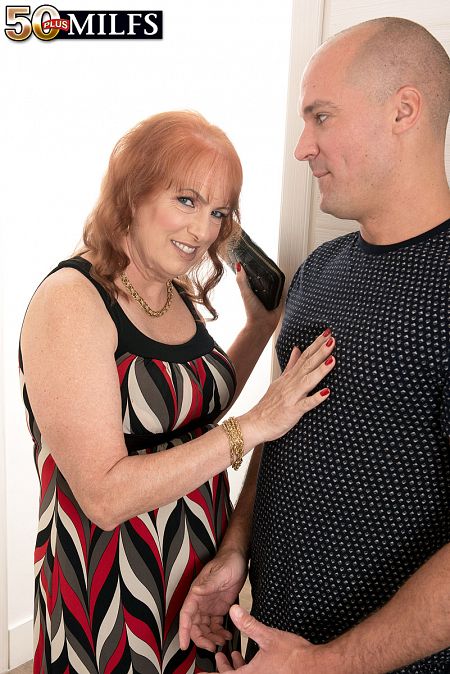 "Preferably a redhead," he says. "Mature would be ideal as well. Old enough to be someone's mom."

But then Brie shows up at his door.

"You did ask for a mature redhead, didn't you?" she says.

"Is this what you've been doing all these years?"

He's her son's friend. She's wanted him for a long time. He's wanted her, too, but he never imagined it would actually happen.

Nicol Mandorla, a 61-year-old wife, mother and grandmother from the Czech Republic, is back...

"Thank you for having me on your site! I love being naked so this...

Today, 52-year-old Beth McKenna is going to get creampied by her step-son. "Isn't that...

"The people who really know me would not be surprised to see me here....

Super-sexy GILF Nicol Mandorla is sitting on her couch, watching the handyman fix her...

Her sign reads "Miami or Bust." What she really means is Sex or Bust....

47-year-old mom Kailani Kai is wearing a tight dress that shows off her big...