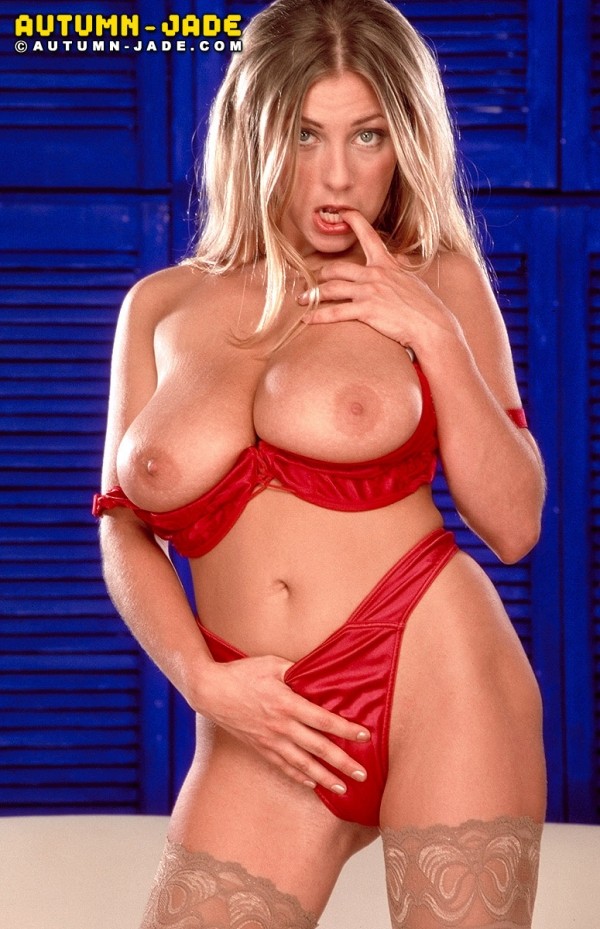 Autumn's first Voluptuous Magazine pictorial, published in the October 1998 edition. This issue is sold out. The editors knew they had cover girl material when they first saw this photo set. Autumn herself couldn't believe that she went from an unknown house dancer in Huntsville, Alabama to the cover of an international men's magazine purchased around the globe by horny big tit guys. She was also thrilled to tour London when she wasn't shooting. The past few years, the explosion of the Internet has led to literally countless girls setting up little web sites in their houses or apartments. Thinking they will make a million bucks, they blow off professional magazine modeling. They have no conception of the excitement a girl feels when she knows her magazine cover is on the newsstand racks in every major city around the world. Autumn has!

Sensual Jane has a serious, regal look in her pictures but she is actually...

First, thanks to Katia for being so active in responding to the many comments...