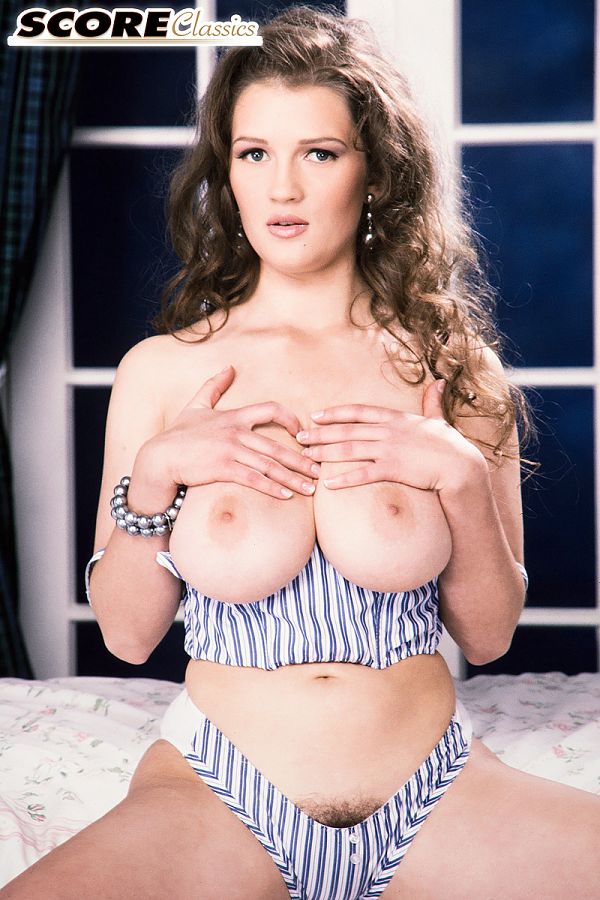 "We usually wait for reader input about a SCORE amateur model before going all the way with a full-length pictorial but with 18-year-old Winona Lind, we said 'what the fuck.'" wrote the editor of SCORE in the May 1995 issue.

Winona's at-home photos appeared in the April 1995 issue in a feature called Homebodies. "We called Winona and asked her if she had ever seen London Bridge and would she want to?"

"I couldn't believe it," Winona replied. "I sent in the photos because I could have used the $100. Now I'm going to be a model. This is so cool!"

Another reason why she was asked so quickly is because girls, especially teens, have a tendency to either lose weight or gain weight very fast. Having a model show up at the studio with smaller boobs or a thick waistline is not desirable.

Winona graduated high school at 17 and was going to attend college. She returned to model again before entering college, and once she got wrapped up in her studies, her interest shifted completely to the books and she no longer kept in touch. We knew this would happen. It happens now and it will happen in the future. The girls change but the cycle stays the same.

"I have sex with younger men constantly and it's a major turn-on," said Jamie...

Sexy Lexy Cougar, a favorite at 40SomethingMag.com, is going to try an experiment today...

Kenzi Foxx is a 50-year-old mother of three, and, really, that's mindboggling. Her body...

Helen Star went through her suitcase after she arrived for this shoot looking for...

For SCORE Magazine readers, this is a very well-known set of Dusty. It was...