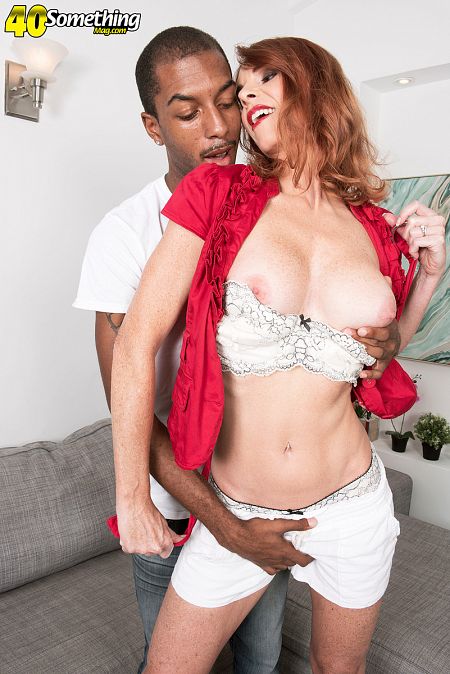 It must be a lot of fun being April’s hubby.

“I love blow jobs,” April said. “It’s like, I want to get to know that dick before I stick it in my pussy. And that’s the best way to get to know a dick first. You can tell what it likes a little bit more. You can tell that it smells good, tastes good. You’re inspecting it before it goes inside. So I like to give blow jobs just so I can learn what a guy likes and figure that out.”

April swallows, by the way. As you’re about to see.

Barely dressed in sheer bra and panties that barely cover her goodies, stockings and...

Janet Mason, wearing a bra that cups her big tits and thong panties that...

Dawn likes her pasta the same way she likes her pricks-nice and firm and...

"Rent is due on the first of the month. And no monkey business!" says...

Today, 54-year-old wife and mom Dani Dare is out by her pool and wearing...