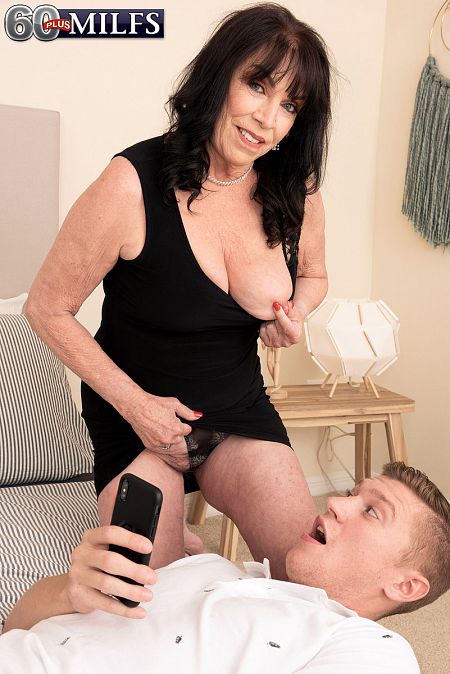 "What were you looking at?" Christina says as Oliver tries to cover up.

"I can't believe you saw that. It's supposed to be a secret," he says.

"Oh, it's more than alright," she says, sitting down and stroking his leg. "Older women like younger men. Did you know that?"

"You were here to see my grandson, right?"

She keeps stroking his leg.

"You're making one of my fantasies come true," he says.

For the record, although Christina is married and has children and grandchildren, she is a cougar.

But the age difference is even greater here. And just in case you're wondering how 25 goes into 71...very well.

When LDM fans talk about great pictorials, this one gets sadly overlooked. But we...

Maddie Cross, the 55-year-old wife and mom who has become an instant sensation here...

"Generally, I am sexually assertive," said Brenda Douglas, a 67-year-old newbie from Oregon. "And...

As hot-bodied GILFs go, they don't come any hotter than 63-year-old Sally D'Angelo. ...

Wife and mom Melissa Johnson says, "If we would all work more on our...