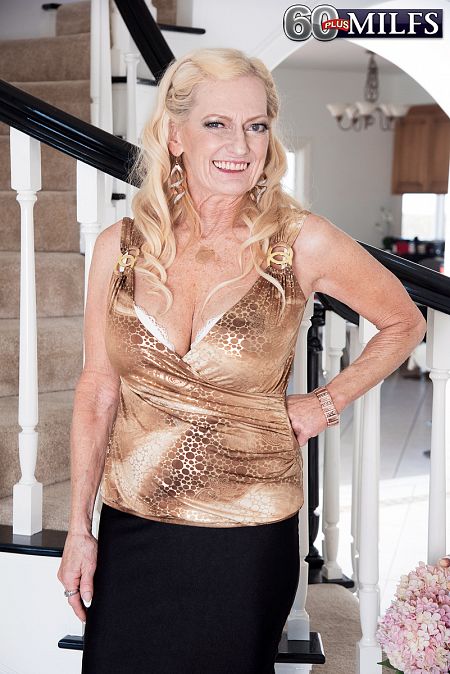 Layla is a thin, shapely blonde with big tits. She has the body of a much-younger woman but the fucking skills we've come to expect from a GILF. Basically, she knows what she's doing, and she shows Tommy a few tricks, one of which is how to prolong his orgasm. That's why Tommy blows such a huge load on Layla's face...because he was forced to hold back.

We asked Layla, who used to be a professional dancer, if her family and friends would be surprised to see her here, and she said, "Nope! They'd expect it!"

Layla was born in Cleveland, Ohio and lives in San Diego, California. We asked her to name the most-fun job she's ever had, and she said, "This is it!"

And like we've said, it's not just a job, it's an adventure.

She has sex every day. She likes getting fucked from behind. Tommy fucks her from behind in this scene. Enjoy. He did.

In the opening photos of this set, 54-year-old Latina mom Juliett Russo is sleeping....

"My kinkiest encounter was the BBC party where I was fucked 15 times. I...

Sherry Stunns, 51, is sunbathing by her pool, wearing a bikini that her big...